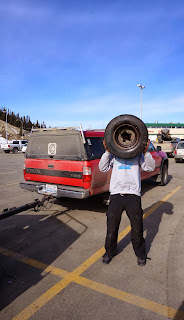 In 2013 Ryan Murray and I returned to Alaska, driving over 2000 miles with snow machines in tow.  The drive did not go smoothly - at one point the wheels literally flew off the trailer (well, one wheel anyway).

Though we had paid the price of entrance in vehicle karma, this Alaska season was not coming together.  Each storm cycle would blanket the mountains in beautiful powder and, immediately following, outflow wind would blow it all away.  Regardless, we managed to explore the Chugach further than I had ever seen in a helicopter, via snowmobile.  Along the way we climbed and skied the Tusk (our second of the Chugach Big 5) and a potential first descent on a tall peak at the head of the Woodworth Glacier.

Approaching the Tusk via the "poor man's" helicopter 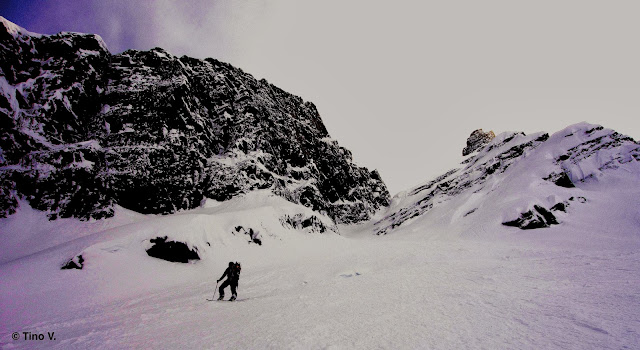 Starting the climb of the Tusk, skinning to the bergschrund 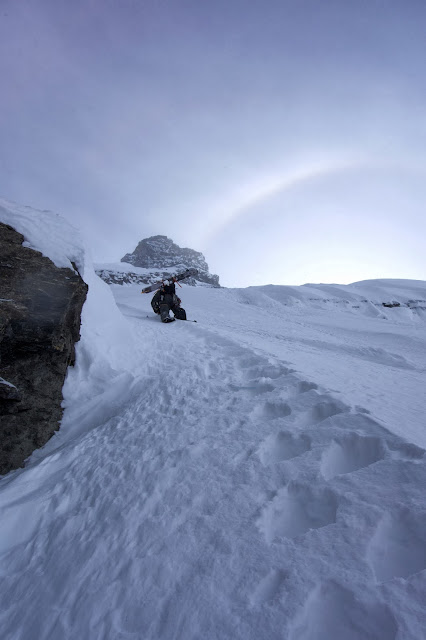 Punching up snow flutings high on the Tusk 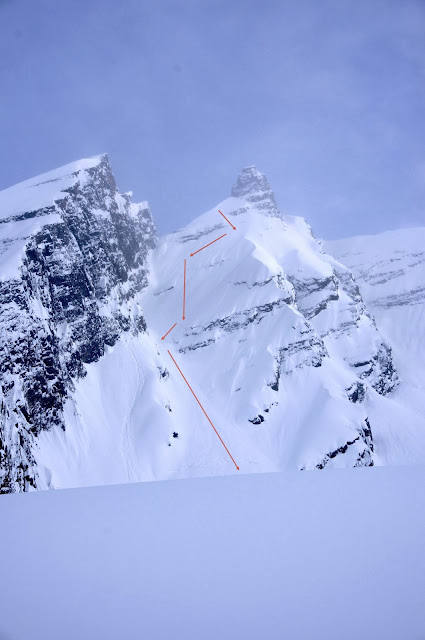 The ski route: avoiding cliffs while trying not to fall while skiing very poor snow 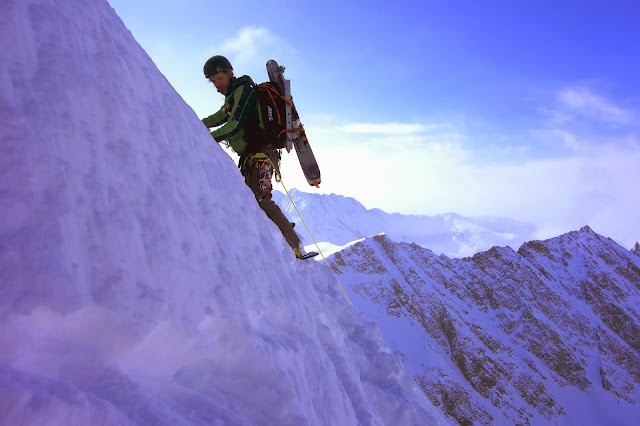 Ryan turning the corner over huge exposure on the Tusk 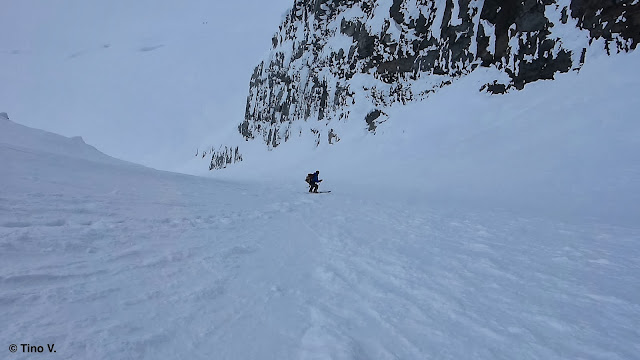 We lose visibility and sky milks into snow 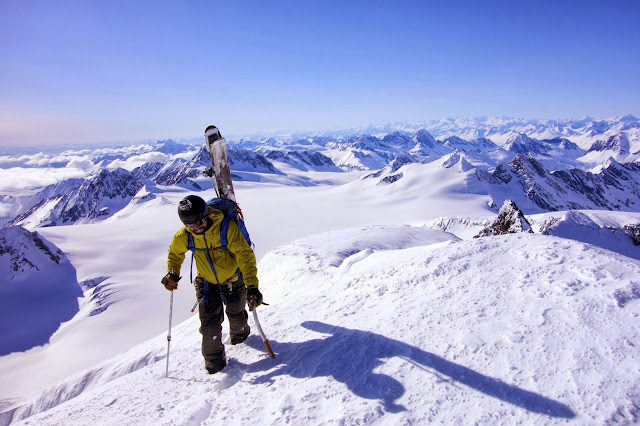 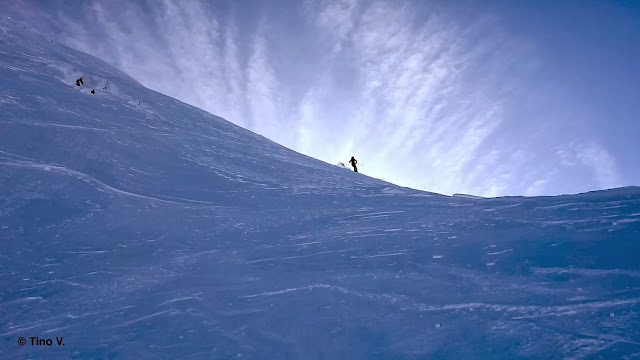 Skiing in the Woodworth 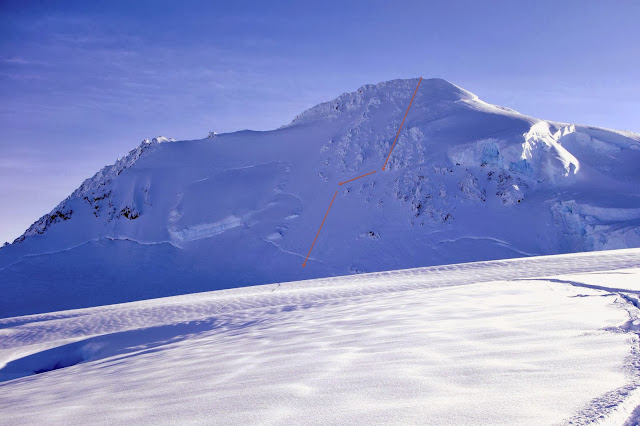 Threading the needle on the Woodworth 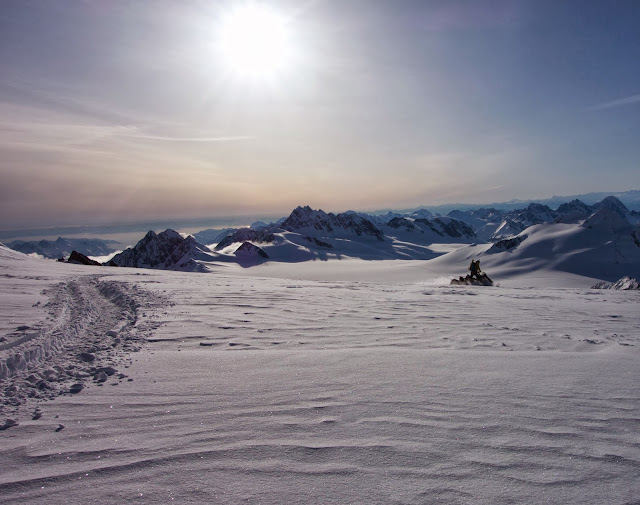 See ya next year Alaska!